By Spencer and Antony. In the internet age, we rarely get true surprises when it comes to our entertainment. It’s a world full of spoiler alerts and leaked Instagram pictures from the set. The music industry doesn’t even try to keep anything under wraps for the most part; any moderately anticipated album is often available for streaming in its entirety some weeks or months ahead of its release date. So U2’s surprise release of Songs Of Innocence on Tuesday—as a free iTunes download, no less!—caught me completely off-guard. As Consequence Of Sound so aptly put it, U2 pulled off a Beyonce and a Radiohead at the same time! END_OF_DOCUMENT_TOKEN_TO_BE_REPLACED 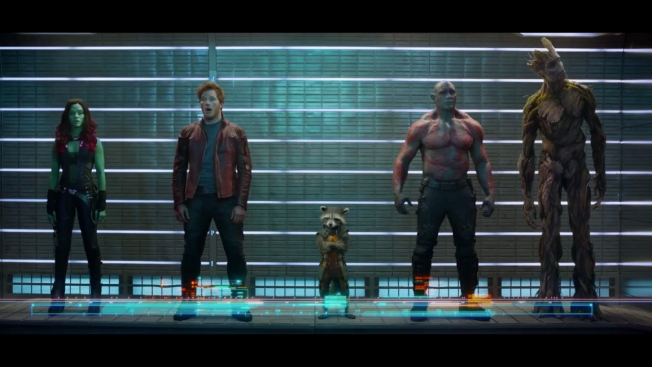 By Sumeet & Spencer. This edition of the Conversationalist follows up on Marvel’s surprise hit, Guardians Of The Galaxy, and what it means for the state of Marvel’s on-screen universe and the wider superhero genre.

Sumeet: The Marvel Universe took a big leap this past weekend, adding a new intergalactic set of characters to their more well-known Avengers mix. As many film folks have noted, it was an interesting risk for the Marvel/Disney machine to take on Guardians Of The Galaxy. For those even less in the know than me (I know almost nothing about the comic book characters), the Guardians are a relatively obscure and off-beat superhero team. They appeared sporadically throughout various Marvel comics but only became featured in their own comic series relatively recently. In other words, I’m not the only one that didn’t know much about them before this weekend. END_OF_DOCUMENT_TOKEN_TO_BE_REPLACED

By Spencer & Sumeet. In this week’s Conversationalist, Spencer and Sumeet get into a little modern film history with a discussion about which films of our generation will be the ones that really matter.

Spencer: Distance offers perspective. So the closer in time you are to a piece of art, the harder it may be to judge its lasting worth. Sometimes you need years or even decades to appreciate a film, whether that’s because it was a work that was ahead of its time, or whether its just that the longer it resides in your memory, the more it stands out in comparison with what came next. Don’t believe me? Take a look at the list of Best Picture winners over the past few decades. How many movies on this list are utterly forgettable with the benefit of hindsight? The King’s Speech. Crash. The English Patient. The Last Emperor. Oliver. How Green Was My Valley.

So I recognize that in 20 or 30 years the movies we discuss here might seem laughable. But we’re far enough into the 21st century that I think we can at least start to ask the question: what are the films from 2000 onwards that, when we look back, will be the most historically important? The ones that are the most memorable, the most influential, the ones that will live on while others are forgotten — the “best” films, for all the ambiguity that term contains? END_OF_DOCUMENT_TOKEN_TO_BE_REPLACED

By Spencer, Antony, and Mark. Jack White’s second solo album, Lazaretto, dropped this week. Following a tradition started on our previous site, After The Radio, three of our S&N contributors engaged in a bi-coastal email conversation on the album and its place in the broader Jack White pantheon of musical experiences:

Spencer: After my first listen to Lazaretto, I think we can safely say that Jack White has fully walked away now from the minimalism that was so characteristic of his work with the White Stripes (and, to a lesser extent, The Raconteurs and The Dead Weather). It’s a continuation of what he did on his last solo album, Blunderbuss, which saw him experimenting with a much broader range of instrumentation and genres, from pianos and pedal steels to honky-tonk and bluegrass. Here, the use of the fiddle stands out in the transition between “Lazaretto” and “Temporary Ground,” along with more piano, more steel guitar, and a fatter bass sound than we’ve come to expect (especially for a guy whose first band didn’t even have one!). END_OF_DOCUMENT_TOKEN_TO_BE_REPLACED