By Spencer Davis. Today in our continuing series on the most iconic uses of music in film, we look at two recent transformative illustrations of the music-writing process, along with a small piece of Hollywood history, a slice of brilliant visual comedy, a brief musical interlude in war, and a tribute to a recently-lost icon. END_OF_DOCUMENT_TOKEN_TO_BE_REPLACED 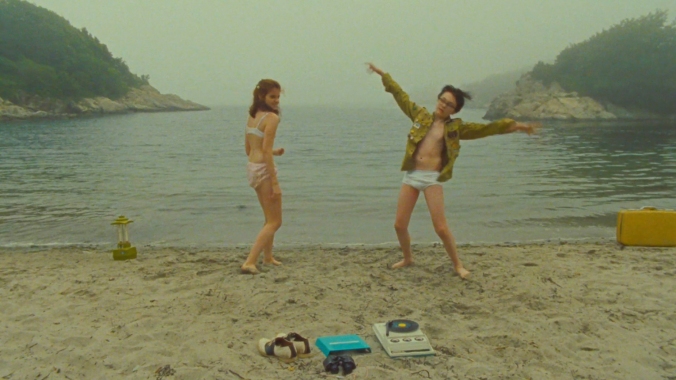 By Spencer. Picking up where we left off with our series on the most iconic uses of music on film, many of today’s picks use song to play with reality, spanning the gap from indie musical to surrealistic nightmare and looking at masters of the form like Tarantino, Lynch, Anderson, and Hitchcock. END_OF_DOCUMENT_TOKEN_TO_BE_REPLACED 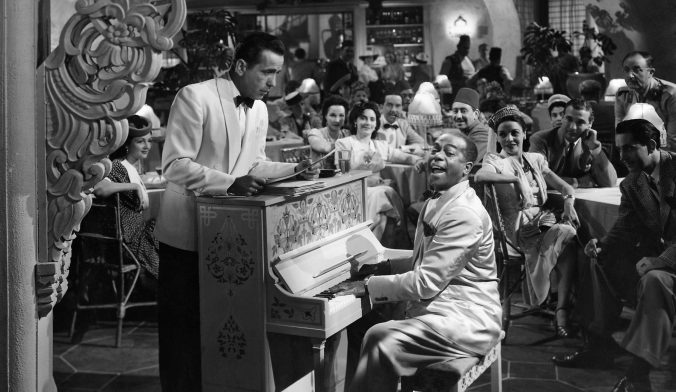 By Spencer. Today we continue our look at the greatest on-screen musical moments. Miss Volume 1? Click back to see what we’re shooting for—those scenes where the song becomes absolutely essential to the film. In today’s batch, we look at several iconic moments where the song spoke not just for the movie but for an entire era. END_OF_DOCUMENT_TOKEN_TO_BE_REPLACED

By Spencer. As a website devoted to both music and film, there’s an obvious cross-section we’ve been ignoring up until now. Sure, we once featured some movie musicals that don’t suck, but that’s only the most glaringly obvious marriage of music and film. Today, we kick off a series devoted to another kind of on-screen music moment: those stand-out instances where the song just makes the scene, where it perfectly captures the mood or plays an integral role in the development of the story. Where music takes over the movie at a crucial point and accomplishes what no bit of dialogue ever could. These are the moments when song and script combine effortlessly to form an unforgettable movie memory. END_OF_DOCUMENT_TOKEN_TO_BE_REPLACED