By Spencer. After four grueling weeks of group play face-offs, it’s finally time to crown our S&N World Cup Of Cinema champion! For those who need a refresher on the rules, you can find them here. For a broader introduction to the films we’ll be looking at, check out Group A, B, C, & D. Today, our four top pictures will face off in semifinals matches, and then we’ll select our champion! END_OF_DOCUMENT_TOKEN_TO_BE_REPLACED

By Spencer. Today we wrap up the preliminary rounds of our S&N World Cup Of Cinema with Group D play. For those who missed the rules, you can check them out here. We have three semifinalists so far — the United States, Japan, and France. The winner of today’s Group D will join them in next week’s final battle for the Cup. END_OF_DOCUMENT_TOKEN_TO_BE_REPLACED

By Spencer. Continuing with the preliminary rounds of the S&N World Cup Of Cinema, it’s time for Group C. For those who want to catch up, you can learn the rules here. So far, the United States and Japan have each moved on to the semifinals. Which of our Group C competitors will join them? 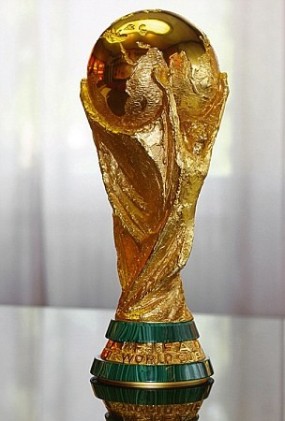 By Spencer. Welcome back to the S&N World Cup Of Cinema! For those who need a refresher on the “rules,” we covered all that last week.

To recap our Group A action, Mexico’s Y Tu Mama Tambien and Ireland’s Once fell early in close but unsuccessful upset bids against two powerhouses, the United States and Russia. In the Quarterfinal match, the United States’ Citizen Kane laid down a thorough 4-1 beating on Russia’s Battleship Potemkin. The United States will now go on to meet the final winner of today’s Group B contests.

Now that you’re all caught up, here are your Group B qualifiers: END_OF_DOCUMENT_TOKEN_TO_BE_REPLACED

By Spencer. The beautiful thing about soccer’s World Cup is that it brings together so many diverse peoples over their common love of a single form of entertainment. And we get to see how styles of play can differ so distinctly between countries — Italy flops, Brazil finesses, Germany kills you with precision, and the United States just tries to belong. Well, what’s true of soccer is true of movies. And so over the next few weeks, S&N will be conducting a World Cup of its own: a World Cup of Cinema, looking at the best films each country has to offer and pitting them against each other in a competition that, much like a FIFA match, will be decided mostly by poor officiating and maybe even a little corruption.

Here are the ground rules. A single film will be picked for each country, with that film representing arguably the “best” movie ever to come out of that country — with all of the arbitrary nature that such a selection implies. (Needless to say, if you’re dissatisfied with any of our rulings, feel free to tell us how stupid we are in the comments section — that’s part of the fun of all this!). National eligibility is determined not by filming location or language but by where the film was produced. So, for example, The Lord Of The Rings movies, while filmed in New Zealand, are still American films. Sorry, Kiwis.