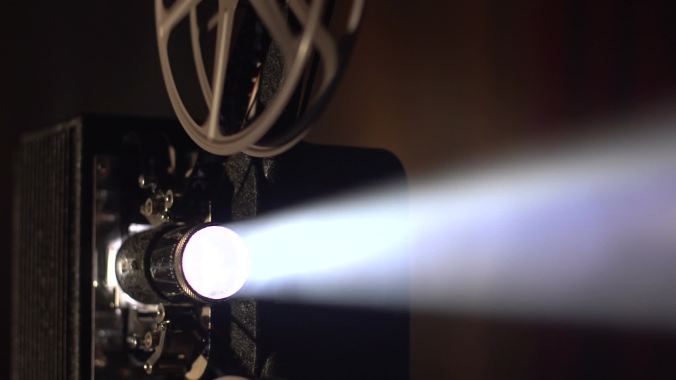 By Spencer. Today, we’re kicking off another new feature on S&N: The Futurist — a look at upcoming releases we’re excited about (or, in some cases, ones we’re dreading). August and September are typically a studio dumping ground wedged between the more exciting summer blockbusters and the Oscar fare of autumn. That said, there are a few noteworthy releases for those who might be desperate for a weekend diversion.

Guardians Of The Galaxy (Aug. 1): If you leave your skepticism at the door, this one might be stupid enough to entertain. The next edition in the Marvel Comics movie continuity, Guardians expects to be lower on realism (if that’s possible for a comic book movie) and higher on comedy. Now maybe a walking tree alien (Vin Diesel) or a talking machine-gun toting raccoon (Bradley Cooper) is too absurd for you, but if the trailer is any indication, this movie is not taking itself seriously at all — which means it just might work. The cast is filled out by Chris Pratt, Zoe Saldana, Djimon Hounson, Benicio Del Toro, John C. Reilly, Glenn Close, and a rumored appearance by Josh Brolin as Thanos (that purple-skinned baddie you might remember from the post-credits teaser in The Avengers). No doubt this will be the set-up for next summer’s Avengers: Age Of Ultron, so if nothing else, plunk down your $12 and make sure you don’t miss anything.

Teenage Mutant Ninja Turtles (Aug. 8): For those, like our good friend Jeremy, who might have hoped that Michael Bay was done raping our childhood after July’s Transformers: Age Of Extinction, here’s the bad news: that was just the appetizer. That’s right, Bay (this time as producer) is also bringing us his uniquely craptacular take on TMNT, complete withe hulking CGI turtles, eye-rollingly bad humor, and Megan Fox as April O’Neil. Directed by Jonathan Liebesman (whose previous work on Wrath Of The Titans and Battle: Los Angeles lets you know exactly how much intelligent thought went into this), the movie also features voice work from Johnny Knoxville, Tony Shaloub, and several other dumb bastards who needed a paycheck. If you absolutely must see this, I recommend you at least do it under the influence of alcohol.

Sin City: A Dame To Kill For (Aug. 22): If you’re worried that August isn’t serving up enough for the meathead bro crowd, don’t worry — there’s another Sin City movie! Directors Frank Miller and Robert Rodriguez are back on board with more of their visually-inventive (if mentally dimwitted) brand of comic book noir. The cast is excellent once again — Eva Green, Joseph Gordon-Levitt, Jessica Alba, Mickey Rourke, Bruce Willis, Josh Brolin, Jaime King, Rosario Dawson, Ray Liotta, and more — and it’ll have all the sex and gore you’re craving. Best of all, you won’t have to think about it too hard. Because thinking make head hurt.

Are You Here (Aug. 22): Shifting gears completely, August also has a few smaller but intriguing offerings, including this one from Mad Men creator Matthew Weiner. Starring Owen Wilson, Zach Galifianakis, Amy Poehler, and Jenna Fischer, Are You Here is a dramedy about two childhood best friends (Wilson and Galifianakis) who return to their hometown in the wake of a family death, only to learn that one of them has inherited a ton of money. Weiner’s been working on the script for eight years, and had to shoot between seasons of Mad Men. If the characters are half as interesting as Don Draper or Roger Sterling, this could be the most pleasant surprise this summer.

The Drop (Sept. 12): From Dennis Lehane, author of Mystic River and Gone Baby Gone, The Drop promises to be another gritty blue-collar story of crime, loyalty, and roots. The story is familiar territory for Lehane fans — an ex-con going straight is blackmailed by the mob after a money drop gone bad — but this time, the action shifts from Lehane’s usual locale of Boston to the streets of Brooklyn. Starring Tom Hardy, Noomi Rapace, and in his final role, James Gandolfini, this one’s got the right pedigree — if the September release date isn’t an ominous sign.

A Walk Among The Tombstones (Sept. 19): Just when things were starting to look hopeless … there’s a new Liam Neeson action flick to the rescue! Nobody ever could have guessed five years ago that Neeson would become the go-to guy for “bad-good” action pics, but with Taken, The Grey, Taken 2, and Non-Stop under his belt, is there any better movie badass in Hollywood right now? Co-starring Downton Abbey‘s Dan Stevens (who was apparently able to find paying work after all!) and written/directed by Scott Frank, whose previous writing credits include Minority Report, Out Of Sight, and The Wolverine, it’s hard to say whether A Walk Among The Tombstones will be a good film. But that would be setting the bar too high. Let’s just hope it’s fun.