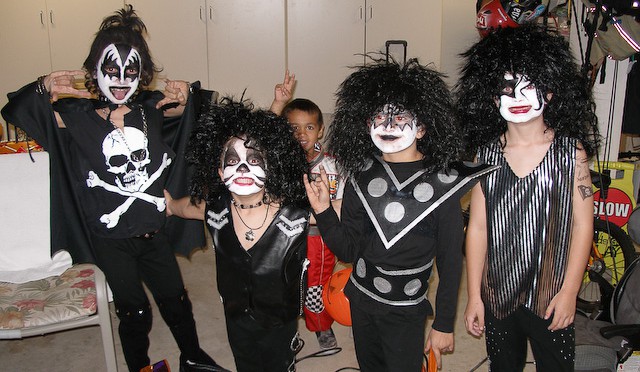 By Spencer. By now, you’ve likely seen the quote making its way around the internet from the interview Kiss frontman Gene Simmons gave to Esquire Magazine: “Rock is finally dead.” If you read the interview in its entirety, you see that he’s not really eulogizing rock music as a genre; he’s speaking about all music, insofar as the record industry has passed into irrelevancy as a means of financing and distributing it, and he’s critiquing the role that internet file sharing has played in making songwriting and recording a virtually profitless enterprise for the aspiring musician. Simmons isn’t wrong about any of that, and he’s not exactly treading new ground in pointing out what a thousand writers for Slate and Salon have been saying for a decade and a half now. I’m not here to add to that tired storyline.

I was much more intrigued by the question I thought Simmons was addressing: is rock music, as we’ve always understood that term, dead?

Anyone who has read my writing for the past four years knows that I have a personal soft spot for hard rock: the guitars, the energy, the unashamed emotion of it. Some of this is simple nostalgia for the music of my youth. Some of it is boredom with the indie era, which has been a great time for cerebral experimentalism with new moods and sounds. Indie has done so mostly by transcending genres—to the point that it isn’t really rock anymore. And what is “rock,” you might ask? To paraphrase a Supreme Court justice’s famously subjective test, I know it when I hear it.

Rock is first and foremost about the guitars. You can have pianos and synths and even strings, so long as the guitar is at the center of it all. If your songs are written on the piano, then sorry, Elton and Billy, but that’s pop, not rock. A virtuoso lead player (Jimmy Page, Slash, Mike McCready, Jack White) means you’re definitely rock, but it’s not a firm requirement. Some of the best rock comes from guys who get by with power chords and noise (Nirvana, Green Day, Fugazi, The Pixies). 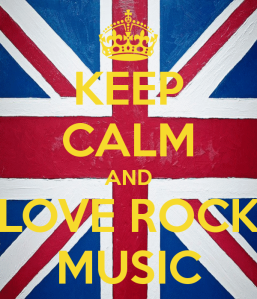 Rock is loud. Rock can be quiet at times, sure, but only as a set-up for the loudness. (Definitive example: the first half of “Stairway To Heaven”). Ballads aren’t just ballads—they’re power ballads. Hell, if you even refer to a song as a “ballad,” then we’re already firmly in the area of rock music—because that term is only used to separate a song from the louder parts of the catalog. When Belle & Sebastian do a quiet song, that’s not a ballad; it’s just a Belle & Sebastian song.

Rock doesn’t use synthetic drums. Once you cross over into that territory, there are a lot of different terms that could apply—industrial, trip-hop, electronic, new wave—but it ain’t rock. So we’ve officially disqualified The XX, Nine Inch Nails, Phantogram, Daft Punk, LCD Soundsystem, and post-Bends Radiohead.

Rock is about excess. From Led Zeppelin to Queen to Kiss to AC/DC to Smashing Pumpkins, rock isn’t afraid to go big and look ridiculous doing it. (See also: Spinal Tap).

Rock is played from the heart, not the head. Subject matters may range from sex and drugs to an annoyance with driving at the posted speed limit. But the second you start incorporating references to Orpheus and Eurydice into your concept album, you’ve departed the realm of rock. (Cough, cough, Arcade Fire). 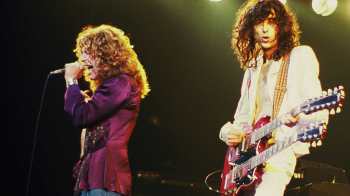 You’ll note that this list is pretty much a cross-section of the most popular acts recording under the very loose rubric of “rock” today. Which suggests that we’ve indeed reached a turning point. What we now listen to shares virtually none of the characteristics by which rock music has historically been defined.

Obviously, here’s the part where you accuse me of selection bias, defining the term with an arbitrarily narrow set of examples (mostly from the years between 1960 and 2000) that willfully excludes all modern music so as to arrive at the preordained conclusion I wanted to reach. So let me rebut that charge with a list of young bands that are indeed playing rock music as I’ve defined it: Jack White, Cloud Nothings, The Joy Formidable, Arctic Monkeys, The Black Keys, Japandroids, Black Rebel Motorcycle Club, FIDLAR, Titus Andronicus, Alabama Shakes, The Gaslight Anthem, Muse, Queens Of The Stone Age, Silversun Pickups, and (sometimes) Ryan Adams. 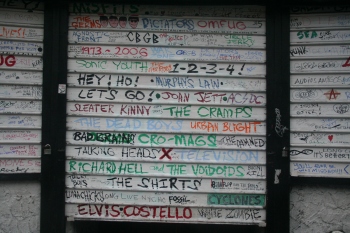 That’s a pretty decent list, right? Doesn’t matter. Because I’m calling it anyway: rock IS dead. There will still be bands that continue to make it, just like there are bands that revive Tin Pan Alley jazz or 1920s Americana or 60s Motown as their niche. And there might even be a fleeting rock resurgence someday, like we saw with the Latin and swing explosions of the late 90s. But as a driving force in music and a cultural centerpiece, rock has long since lost its place of dominance and will never be coming back. “Never say never,” you protest? I’M SAYING NEVER.

Rock has been with us for so long that it’s easy to engage in the false belief that it is permanent. But history argues otherwise. Just like jazz and gospel and classical before it, rock has burned out and the people have moved on. What makes this moment in history unique is that it’s hard to say what, exactly, we’ve moved on toward. Hip-hop is the easy answer, but it too seems to be in its last years of cultural supremacy. I suspect hip-hop will stick around for decades to come, just like R&B did even after its heyday in the late 60s. But hip-hop is now just one of many equal voices in a crowded musical marketplace. Its moment of ascendancy came in the mid-to-late 90s. Then the internet took over.

And that’s really what this is all about: the internet. Gene Simmons blamed file sharing for killing the record industry and the musician’s financial incentive to create, but it goes much deeper than that. The internet has given us instant access to anything we might want, every niche that might interest us. No longer dependent upon MTV and pop radio to define what’s cool, we now have 24/7 access to a buffet of a thousand-and-one flavors, individualized to our own unique preferences. Taste has been democratized to the point where common culture has no meaning.

And that sense of common culture is one of the things I left off my list when I defined “rock.” At its height, it was more than just a sound or an attitude—it was a universal language. Rock defined our fashion, our movies, our advertising, even our politics; it fueled critical decades of change and served as the soundtrack to both our celebrations and our protests; it reached across an Iron Curtain and acted as our cultural ambassador to a people starved for it; it drove everything. And it’s entirely possible that no other form of music will ever achieve that kind of transcendence.

Rock music has carried us as far as it can go, creatively speaking. We’ve exhausted all the possibilities (and indeed, this is precisely why the main avenues of exploration in the past few decades have involved attempts to fuse rock with other genres: rap-metal, ska, industrial, emo, etc.). Even as I write this, some kid in a garage somewhere is hopefully plugging his Fender Squire into his Crate amp, sticking his tongue out, and making some godawful noise. Those who love this music will continue to seek it out, and in that sense, it will live on. But it will be mere imitation of what came before it. I continue to believe that there will always be a place in our lives for a great rock song. But rock is dead. May it not rest in peace. 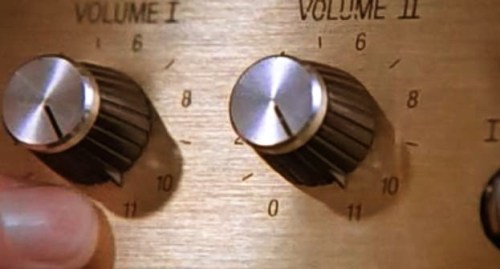 In remembrance of our dearly departed friend, rock (1951-2014), download our monster-sized S&N Mix 7: This Is Rock, available for a limited time only. We respectfully ask that you listen only on speakers that go up to 11.

3 thoughts on “The Theorist: Is Rock Really Dead?”