By Mark. Here in California, 2016 began with rain. That may sound like a bad start to the year, but in a drought-stricken state it’s a hopeful sign. And 2016 brings with it new music and a chance to see LCD Soundsystem! It also means that a new set of artists will emerge and hopefully diversify the EDM-dominated musical landscape. Here are a few artists on S&N’s 2016 radar:

Conner Youngblood: The Ivy League educated Dallas-native has been self-releasing bedroom pop since he was 19. Everything he’s done is self-produced from the music to his self-drawn album art. His music borrows from a lot of different genres, but it’s all bound by Youngblood’s ethereal voice. In 2015, Conner Youngblood released the EP, The Generation Of Lift, which is his best music to date. The EP’s first song, “The Birds Of Finland,” starts with a sparse two-minute instrumental filled by only a harp, steady tambourine slap and distorted swirling vocals; it sets the mood for a beautiful spacey electronic folk song. The rest of the EP leaves you in similar headspace and has the sound of an artist on the verge of finding his voice. He’s one to watch and it’ll be interesting to see what happens with him in 2016

Conner Youngblood – “The Birds Of Finland” 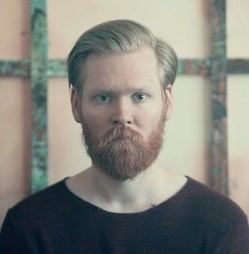 Junius Meyvant: Icelandic music made its way back into our rotation in a big way in 2015 with Junius Meyvant’s self-titled EP. Seattle’s KEXP calls it “arctic soul.” That might trigger thoughts of Sigur Ros or early Bjork, but Meyvant sounds more like he grew up on a steady diet of Van Morrison, Simon & Garfunkel and Crosby, Stills & Nash. Whatever you want to label it, it’s a great soundtrack for winter days. Watch him perform “Signals” and you’ll be as excited as we are about what he’s going to do in 2016. 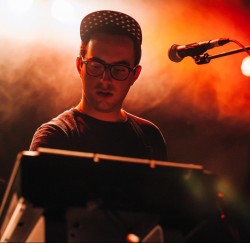 Japanese Wallpaper: If you didn’t hear Japanese Wallpaper’s self-titled EP in 2015, find it and put it on. It’s gorgeous. The songs are sequenced to be listened to together, but “Breathe In” (which was featured on the soundtrack of the Zach Braff film, Wish I Was Here) and “Forces” (which you may remember from S&N’s Songs Of 2015 playlist) are the heart of the EP and the best two electronic songs from 2015 not produced by Jamie xx. The 18-year old Australian has a mature, elegant sound that belies his youth and we can’t wait for the full length that he’s currently working on. 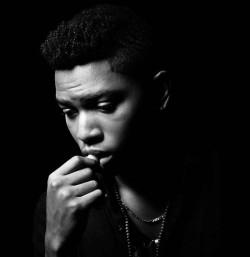 Gallant: Tired of The Weeknd? Gallant’s (pronounced “Gah-lahnt”) “Weight In Gold” was a 2015 R&B highlight. Gallant’s skillful falsetto has drawn the attention of music industry heavyweights as diverse as Sufjan Stevens and Skrillex. He recently collaborated with Sufjan Stevens on a cover of Stevens’s song, “Blue Bucket Of Gold.” The last thirty seconds show off the insane range the kid has. With early comparisons to Prince, Babyface, and even Radiohead, his sound crosses genres to say the least. He’ll be at Coachella so the word is out on him, but it’ll be interesting to see what he can do with the attention. 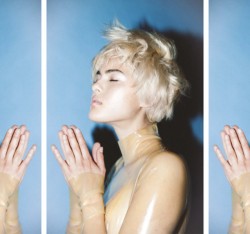 Miya Folick: This LA native has been compared to Sharon Van Etten and Daughter and both comparisons are fair. But she’s a little more verbose than Daughter and a little more atmospheric than Van Etten. “I Got Drunk” from last month’s Strange Darling EP sold us. The song playfully follows the internal monologue of someone trying to hold in a drunken confession of love. The song starts to soar at the end, but gets interrupted by a well-placed minor chord keeping it grounded in the confusion of that love-torn feeling. She’s one to keep an eye on. We can see her opening for a bigger act and making her way from there.

Miya Folick – “I Got Drunk”

Sjowgren: Good luck tracking down much about this enigmatic trio (we found this on Medium, but so far, it’s impossible to even find a picture of them!). Let’s hope Sjowgren have more in store for us in 2016. The name and sound may have you thinking Sweden, but they’re actually from the Bay area. Despite only a single to their name, NPR’s All Songs Considered featured them last fall as a band to watch. It’s easy to hear why; “Seventeen” is a catchy energetic pop song that’ll warm the coldest winter day and their demos reveal a softer, more soulful side. Keep making music for fun, Sjowgren!