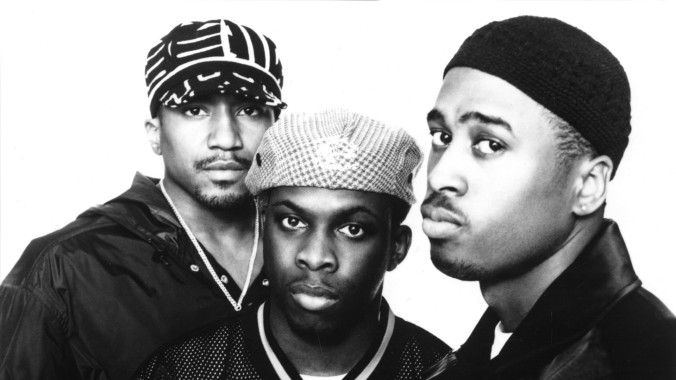 By Spencer. In these first days of the Age of Trump, music is a place we can go to seek distractions and maybe even pieces of answers. Several of our featured artists this month are speaking openly of the open political wounds that have been lingering all year, from black lives to women’s rights to the anxieties of small-town America. And if it still seems a little too early to pick at those scabs and you just need something to take your mind off the state of the world, well, we’ve got that covered too, with some earnest and even whimsical songwriting about less complicated matters like, ahem, love.

A Tribe Called Quest – We Got It From Here … Thank You 4 Your Service: After an 18-year long hiatus, we finally have a new album from A Tribe Called Quest, and it couldn’t have come at a better time. Donald Trump hangs heavy on the lyrics of this, the hip-hop group’s sixth (and reportedly final) album, and though they couldn’t have known when they recorded it that he would actually win the presidency, they have an awful lot to say about the American condition that gave rise to him. “All you black folks, you must go / All you Mexicans, you must go / And all you poor folks, you must go / Muslims and gays, boy we hate your ways / So all you bad folk, you must go,” Q-Tip rhymes on “We The People…,” a clear rebuke to the bigotry on display during the campaign season. ATCQ have always been spokesmen for a more socially-conscious brand of hip-hop, but here, they’ve finally crossed the threshold into full-blown protest music—something which has been woefully absent from this generation of musicians but is sorely needed. From tracks like “The Donald” to “Ego” to “Dis Generation” to “Movin’ Backwards,” the group has plenty to say about American decline and the state of race relations in particular.

But what makes this such a remarkable album isn’t just the message but the music beneath it. Lead-off track “A Space Program” is as spacey as the title suggests, cycling between jazzy guitar licks, slick beats, samples of Vincent Price’s wicked laugh from “Thriller,” and sound effects that wouldn’t sound out of place on a Radiohead album. There are modern flourishes all over the album, signalling that Tribe isn’t content to just stick with the throwback, 90s neo-soul vibe we might have expected; they want to break new creative boundaries for themselves. Featuring guest appearances from Kendrick Lamar, Jack White, Elton John, Kanye West, Andre 3000, Anderson .Paak, and Busta Rhymes, it’s a marriage of old and new. And if this really is their swan song, so be it. The country might not be going out on a high note, but A Tribe Called Quest is. 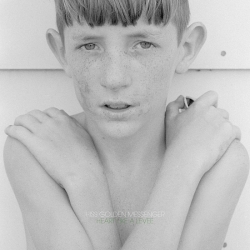 Hiss Golden Messenger – Heart Like A Levee: Back in 2014, Antony picked Hiss Golden Messenger’s Lateness Of Dancers as his favorite album of the year. All it got from me was an non-committal yawn. So I asked what sparked the attraction, and Antony (poetry scholar that he is) pointed me to the lyrics and the storytelling. Of course, anyone who knows me knows that I’m a music guy first and a lyrics guy second, so I wrote HGM off as one of those artists I’d probably never connect with and I moved on with my life. Now the band (which is the stage name of songwriter M.C. Taylor) is back with Heart Like A Levee, and count me among the converted. It’s one of the most brilliant albums of the year, in part because Taylor finally weds that lyrical genius of his with a set of musical arrangements that deserve them. Songs build and drop off, establish chord progressions that linger in your mind, and venture into new rhythmic territories like funk and blues. Credit the new backing band, filled out with members of Bon Iver and Megafaun, for some of that. But there’s no doubt Taylor is an accomplished songwriting talent on his own, and his vocals—a nasal croon that falls somewhere on the spectrum between Bob Dylan and Tom Petty—achieve a newfound polish on this album that compliments the fragile beauty at play. Oh, and be be sure to spring for the deluxe version, which includes the companion Vestapol EP, featuring eight additional stripped-down acoustic tracks that might actually outshine the album itself. 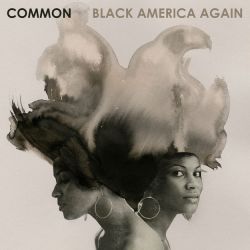 Common – Black America Again: A Tribe Called Quest aren’t the only hip-hop stars using politics as a creative springboard. Common is back with Black America Again, and it’s his best album since his 2000 masterpiece, Like Water For Chocolate. If that sounds like a long period of decline for one of hip-hop’s most cerebral lyricists, no slight is intended; Common’s commitment to pushing the limits of his music has never flagged in that time. But this time, it just feels … different. There’s a much-needed anger on display here, still balanced out thankfully by the thoughtful optisism he’s commonly striven for throughout his career. Case-in-point is the title track, a song that name checks Trayvon Martin, Viola Davis, Serena Williams, Ta-Nehisi Coates, Cory Booker, Sandra Bland, and even Star Wars‘ John Boyega as a catalog of all the ways that people are rewriting the black American experience. Of course, as an activist, Common has always had more to speak about than just race. He’s been one of the few rappers to persistently reject the misogyny of the genre, and on “The Day Women Took Over,” he imagines a future in which women achieve true equality: “This is the day women took over / No longer over your shoulder do you have to look over / Imagine, war is now over / Mothers get medals for being courageous soldiers / On dollars, it’s Michelle Obama, Oprah and Rosa.” All in all, it’s a smart album that revitalizes one of our most important voices for social change at a time when we need him most. 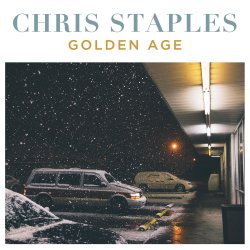 Chris Staples – Golden Age: Even though he’s been putting out music since the late 90s, I somehow just stumbled upon Chris Staples for the first time while sampling random records one day in search of something new and exciting. Golden Age is a songwriter’s kind of album, built around acoustic tracks layered with just enough instrumental gloss to keep things engaging. What sets him apart from the more predictable fare of all the other coffeehouse songwriters is his willingness to get quirky and playful. “So who’s your new valentine? / Saturating you in Spanish wine / Like Katharine Hepburn in the summertime / You’re so whimsically removed / And half-heartedly amused,” he sings on “Hepburn In Summertime,” while on “Times Square,” he lists all the places in the world he and his girlfriend could visit—Honolulu, Bellingham, San Francisco, Disneyland—before concluding that they can just stay home. It’s a clever way of keeping things from getting too dreary on an album that’s ideal for a winter morning just, you know, staying home.

Kyle Morton – What Will Destroy You: Portland’s Typhoon is one of those bands that has inexplicably been overlooked by even the indie music press, but they have an instrumental flair and eclecticism that deserves serious attention. This month, lead vocalist Kyle Morton released his first solo album, What Will Destroy You, and unlike many solo projects, it’s not just an excuse to be lazy and strip things down. The songs are acoustic-based, sure, but they’re every bit as instrumentally-ambitious as when he’s got a full band supporting him; strings and horns and off-kilter percussion intrude at just the right times. But it does feel more intimate than a Typhoon record, which makes this more than just a throwaway vanity project for Morton—it’s a chance for him to explore the quieter voices within himself, and he does so with impressive candor. 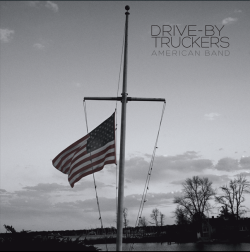 Drive-By Truckers – American Band: Given the state of red America right now, you might not expect one of the best liberal protest albums of the year to be coming from the country music world of all places. But alt-country mainstays Drive-By Truckers have a lot to say about police brutality, climate change, mass shootings, Trayvon Martin, immigration, the Christian right, and even Fox News on American Band, their eleventh studio album. “If you say it wasn’t racial / When they shot him in his tracks / Well I guess that means that you ain’t black / It means that you ain’t black / I mean Barack Obama won / And you can choose where to eat / But you don’t see too many white kids / Lying bleeding on the street,” they sing on “What It Means,” a lyrical cross-examination of the state of American racial grievances that ends on a note of nihilism: “We want our truths all fair and balanced / As long as our notions lie within it / There’s no sunlight in our ass / And our heads are stuck up in it / And our heroes may be rapists / Who watch us while we dream / But don’t look to me for answers / ‘Cause I don’t know what it means.” If that puts this album on the burn pile alongside the Dixie Chicks in certain quarters of the country, the band doesn’t seem to care; it will just be confirmation that the cover image of an American flag at half-mast is all the more appropriate.