By Spencer Davis. In the closing days of the Cold War, political theorist Francis Fukuyama argued that humanity had reached “the end of history”—not literally, of course, but as a shorthand to explain his notion that, after centuries of evolution, our systems of government had reached their final and logical endpoint in the global triumph of liberal democracy. No other system of government could ever better meet mankind’s inherent social and psychological needs, he maintained, and so we were now at the end of the road. Of course there would always be work to be done in terms of maintaining good governance, passing laws to address new problems, and so on—but the changes would be small rather than big. There would be no more seismic reinventions of government in our future, no viable contender to replace democracy wholesale (as communism and fascism had once tried to promise). History, understood as the story of man’s political progress, had already written its final chapter.

Setting aside the question of how rosy that projection now looks in the age of Trump, you might ask what the hell any of this has to do with this website? Well, I’d like to posit a theory of my own: that in the last decade, we have quietly reached the end of music.

There will always be song in our lives, of course. But what will it sound like? If my prediction is correct, it will basically sound like variations on the music we already know. There will be no more grand tectonic shifts in popular music like the ones we experienced in the transition from classical and roots to jazz, or from jazz to rock, or from rock to hip-hop. We’ve already explored every possible permutation of what music can be at its core, and in the future, the only avenues of creativity left to explore are repackagings of the past.

Think of the music we’ve been listening to since the year 2000 or so. What, if anything, has sounded truly new? Instead, what we’ve seen even among the critical darlings is a combination of two strategies. First are the artists who strive to faithfully reproduce the sounds of the past; think of the Americana revivalism of The Lumineers, Mumford & Sons, and Josh Ritter; or the retro 60s Motown impressions of Amy Winehouse, Leon Bridges, and Sharon Jones; or the garage rock and blues resurgence of the White Stripes and The Strokes; or the blatant 90s alternative recycling from bands like the Cloud Nothings, Jay Som, Cloakroom, Jessica Lea Mayfield, and Girlpool; or the current fad of 80s sounds cropping up all over the musical dial from Carly Rae Jepsen to Ryan Adams to Slowdive to The 1975, Future Islands, HAIM, CHVRCHES, and Lorde.

Second are the artists who deftly mix recognizable genres into new combinations: artists like Kendrick Lamar, Blood Orange, Father John Misty, Perfume Genius, St. Vincent, Muse, Justin Timberlake, even Coldplay. Like fusion chefs, they mix together familiar flavors into intriguing new combinations that, nevertheless, remain only equal to the sum of their parts. Listening to these artists is like a game in deconstruction, earning points each time you can pluck out a distinctive sound and identify its source. While they offer the appearance of something new, each of the component parts is recognizably recycled from somewhere else in the musical spectrum.

In between those two competing philosophies are a thousand songwriters not trying to do anything more than craft poignant, well-written songs—and there’s absolutely nothing wrong with that. Quality does not require novelty. But if we’re taking a broader look at the state of music today, it’s inescapable that true novelty has long since faded from view. 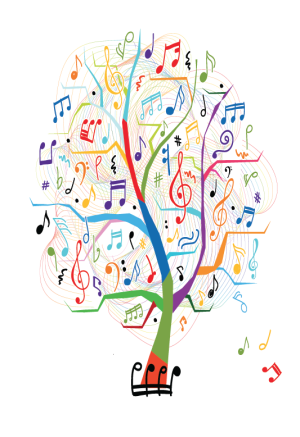 Because we’ve reached an exhaustion of possibilities. Each new genre in musical history sprouts from the seeds of a previous generation. Rock-and-roll didn’t just spring from nowhere; it was a logical evolution of the blues, country, and jazz music that preceded it. Hip-hop was a descendant of the rhythms and improvisation of jazz, and jazz took a subset of the instruments used in classical and repurposed them for a smaller stage, adding in the spirit and rhythmic structures of African roots music, gospel, and Latin music. Of course, it’s all too easy to venture that the process will simply repeat yet again. Is there a reason, you might ask, why the blending of what we now call rock, hip-hop, pop, and electronic music can’t become, over time, something so removed and distinct from those influences that it earns its own name?

Well, to start, these things don’t happen in a vacuum. Musical evolution is catalyzed in large part by technology. New instruments, in particular, lead to new genres. Rock couldn’t have happened without jazz’s innovation of the electric guitar. The arrival of synthesizers in the 80s dragged rock and pop away from the guitar and into brave new directions—later birthing house, trance, and EDM too. Hip-hop would never have been invented if the turntable hadn’t been invented first. If music is ever again to undergo a complete paradigm shift, it will likely require a completely new way to create sound. And yet it’s difficult if not impossible to conceive of a technological leap in our future that could ever be as transformative to sound-making as electronics and computing were; whatever our advances to come, whether in biotechnology or energy or propulsion, it’s hard to see how music could be a beneficiary.

Of course, technology also influences not just the creation of music, but also the way we consume it. The microphone enabled vocalists to stand on equal footing with the band for the first time—a necessary step in the transition from purely instrumental music to all the forms of popular music which followed. As we shifted from live performance to recorded music with the phonograph, the time constraints of vinyl records forced songwriting to tighten, and the quick pop single was born. With headphones, the act of listening to music became more solitary, more intimate—and we were able to hear little details that could never be heard before, motivating studio revolutionaries like The Beatles and The Beach Boys to experiment with more intricate arrangements. MTV allowed artists to layer a visual element over their music, and that juxtaposition allowed clever artists to add whole new meanings to their songs that sound alone could never accommodate. With digital music and iPods, our music libraries became omnipresent, giving us each a portable soundtrack to our lives and allowing us, rather than the artist, to select which songs make the playlist. Each of these changes in the way we listen has triggered a corresponding change in the way that creators create.

So if there’s any hope that the end of music hasn’t yet come, it must lie in the prospect that new ways of listening might spark fresh innovations in the art itself. Would cybernetic implants or virtual reality, for example, enable us to hear music in the mind itself? Would that allow completely novel modes of sensory communication—new textures, colors, atmospheres—to be explored? Or maybe even a totally new art form that blurs the boundaries between sound, sight, and touch? Perhaps the transition from hearing music to feeling music will give us one last chapter.

Sure, I’m skeptical. But I’ve been wrong before. And even Mozart couldn’t have predicted Kendrick Lamar.

3 thoughts on “The Theorist: The End Of Music”