By The S&N Staff. Earlier this month, the S&N staff began our countdown of the 25 most essential albums of the 90s. Number 25-21 featured groundbreaking works from Nine Inch Nails, Modest Mouse, Beastie Boys, Elliott Smith, and The Notorious B.I.G. Today, we continue the list with numbers 20-16: 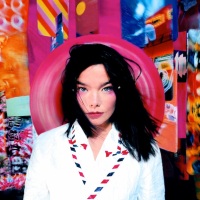 20. Bjork, Post (1995): On her 1993 album, Debut, Bjork established a comfortable predictability. The marriage of trip-hop and electro-pop served as a foundation that didn’t stifle her experimentation and innovation. We accepted the fact that Bjork was eclectic; however, Debut was just a precursor for her 1995 album—Post.

It’s difficult to determine if Post is Dr. Jekyll or Mr. Hyde. Bjork’s eclectic tendencies are on full display and she takes schadenfreude in lulling the listener into a false sense of comfort—only to abruptly assault the listener with discord. (At the risk of being labeled insensitive) listening to Post is akin to Stockholm Syndrome. In the opening track, “Army Of Me,” Bjork does not hide her intentions—this album is going to be different than Debut. We, the listeners, are committed. We cannot simply judge an album by its first track, therefore we stick around for another. We are rewarded. “Hyper-Ballad” is representative of the trip-hop Bjork sound. Again, we stick around and are rewarded. Here is where she truly fucks with us: “It’s Oh So Quiet.” This track ranks might be the most oddly placed track on any album. If not number one, it’s in contention. Again, we are lulled into a sense of comfort.

Dammit! She plunges us back into an eclectic hell, which we cannot escape; remember, we are committed to the album at this point. The track “Enjoy” is an unsettling experience that could have been written after Bjork had a one-nighter with Trent Reznor. Yep, that comfort we once had … gone.

The remainder of the album keeps us captive, and we all are experiencing Stockholm Syndrome. Post’s manic tendencies allowed it to shine in a market that was dominated by Pacific Northwest grunge. With each listen, I realized that I was no longer its captive, but rather I had developed a genuine love of this auditory roller coaster. —Jeremy

19. Green Day, Dookie (1994): “I declare I don’t care no more,” Billie Joe Armstrong sings to open the album. With that pitch perfect opening line, Green Day ran streaking through the self-serious 90s alternative landscape and dragged pop-punk into the mainstream. Dookie was snotty. It was adolescent. But hardly anything you’d heard before it was as catchy and fun. It made record companies take notice and spawned a host of imitators. Blink 182, NOFX, No Doubt, New Found Glory, The Offspring—pretty much any band on the original Warped Tours—all owe their success in part to Dookie.

If you wanted to bring down the house at a pep rally in the mid-90s, crank up the distortion on your amp and play one of Dookie’s five hit singles. With all its actual and seeming immaturity, nothing captured the confusion, boredom, frustration and joy of growing up quite so well. And there has never been better use of a hidden track.

If you grew up in the 90s, Dookie is part of your musical DNA. You were charmed by it, you identified with it, you dyed your hair black because of it. Yes, it was a massive commercial success, won a Grammy and alienated some punk purists, but man was it a fun record. Put it on and I swear you feel 16 again. —Mark 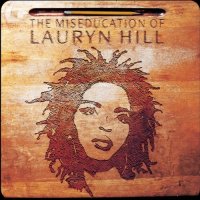 Admittedly, the album does not age perfectly. I tire of skits on albums. These ones are cool enough, but they don’t add to repeated listens. And the album also commits the grievous hip-hop sin of being too damn long. It does not need to be over 70 minutes!

Now, with the reservations out of the way, let’s sing Miseducation’s praises. Opener “Lost Ones” is Lauryn Hill’s best rap. It must have made her co-Fugee, Wyclef Jean, squirm when he first heard it. Is it about me? If you have to ask, it’s about you. But it’s more than a burn track. It introduces the issues with which Hill is struggling—with her miseducation. She has everything she was taught to want: success, wealth, and the power to make her own fate. Yet at this moment of world conquest, she refuses and turns inward. She invests in her artistic gift, begins a family, and rediscovers the solace in God. Ironically, the rejection of her success not only produces her artistic statement that will endure (it’s already enshrined in the Library of Congress), but it also continued her commercial dominance. This may have been too much for Lauryn Hill, who seems to have struggled to consistently find her voice since this album.

Put on the album one day when you get back from work and are settling into your evening. Remember the power of “Lost Ones.” A little older now, understand “To Zion” better than when you were young. Discover you still know most of the words to “Doo Wop (That Thing).” Groove to “Everything Is Everything.” And then dig around and find a gem you’d overlooked or forgotten—for me, this time it was “Final Hour.” —Antony 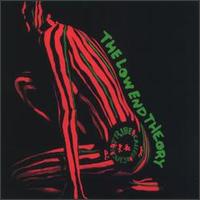 17. A Tribe Called Quest, The Low End Theory (1991): Back in the day when I was a teenager, you could find me discussing hip-hop in Algebra 2 with a Vietnamese foreign exchange student named Bao. Bao could barely pronounce my name (“Baf”) but he could rap every lyric to “What?” (which is one of my favorite memories from my sophomore year in high school) after I gave him a copy of The Low End Theory. He liked it a lot better than the MC Hammer and Vanilla Ice that he thought was rap. Bao actually got me through Algebra 2, but I like to think he got the better of the deal because I can’t remember the last time I factored trinomials, but I like to think Bao still bumps “Scenario” like it’s 1991!

I had the great privilege of being introduced to hip-hop at an early age and that love has lasted and been rekindled into the present. After seeing “I Left My Wallet In El Segundo” on Yo MTV Raps and having “Can I Kick It?” on a mix tape from a friend, I was looking forward to a new Tribe tape (yes, this was before CDs entered my world). Popping the tape into my Walkman, even my high expectations could not prepare me for what I was about to experience.

The early 90s were all ’bout that bass (I guess it still is), but from hip-hop to rock (Primus) to punk/alternative mash-ups (Infectious Grooves), everybody was talking about bass lines and even bass solos. The Low End Theory begins with a slick, jazz bass line that gets the head bobbin, Q-Tip comes in with that smooth golden tone voice, rapping about the cycles of music while at that very moment taking hip-hop on a cycle itself, back to jazz where it originated, then the beat kicks in and my musical appreciation is forever altered. “Artistic,” “original,” “funky,” “positive,” and “abstract” are words that can be found in the lyrics throughout this album; they are now the criteria I use when discerning whether a hip-hop album measures up as worthy of my time. Which probably explains why it takes something truly special to move me now. Tribe set the bar too high in the early 90s. —Biff

16. Beastie Boys, Check Your Head (1992): The writers of Shadows & Noise have exposed ourselves as the generally suburban middle-class white boys that we are. Not one, but two Beasties albums in the top 25! A little ridiculous, especially when the list doesn’t include Portishead’s Dummy (I’m still confused by this), but that doesn’t mean that Check Your Head doesn’t deserve enormous accolade. It was Check Your Head that brought the headier Beastie Boys sound to the masses.

Paul’s Boutique is an absolute classic that would be impossible to replicate today without fighting a million lawsuits over all the sampling, but it was a commercial flop. Check Your Head had both music geeks and frat boys rocking to the same sick beat. What was it? It was rap, thrash metal, reggae, jazz, soul and a dozen other genres all blended together into a cohesive trendsetting record. For all the talk today of living in a post-genre world, the Beasties managed it in 1992 when some of these genres were still very young. They were purveyors of a sound that both reflected and shaped the 90s. Sure, you can argue that it shares some blame for the unfortunate punk-rap era or that Ill Communication is a more polished version of what the Beasties were attempting here, but Check Your Head was the Beastie Boys finding their footing—taking a survey of pop culture and adding to it. It’ll always be my go-to Beastie Boys record. —Mark