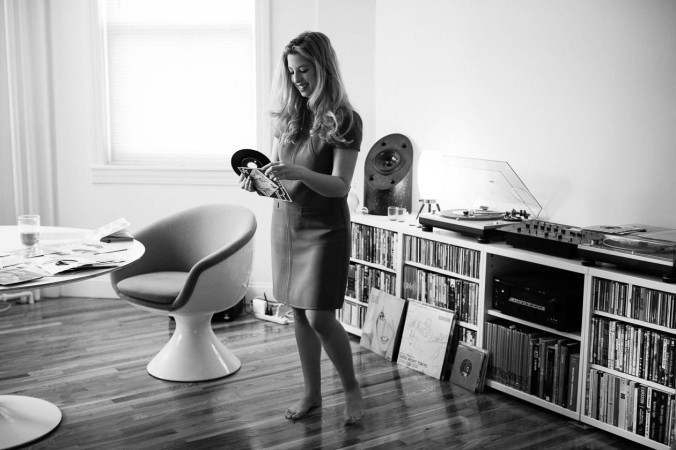 By Spencer. Continuing with our series on the essential albums to add to your vintage vinyl collection—or just your digital collection if you’re still clinging to modernity—we’re looking at classic records from jazz greats, blues legends, prog rock innovators, and the original grandfathers of metal.

As always, each of these albums is available on vinyl or via your preferred digital music store or streaming service. But never forget the first rule of music collecting: if it was originally recorded in the vinyl era, it really does sound better on vinyl.

Nat King Cole – After Midnight: Maybe simply because my mom was a big fan, I always had Nat King Cole pegged as the kind of disposable, easy listening fluff that didn’t merit serious attention. Then, on a whim, I bought 1956’s After Midnight, and like an Old Fashioned in musical form, it will take you back to the Mad Men era and make you want to stay there. It’s a complex, artful album perfect for late night playing (as the title suggests). While not as thematically-fulfilled as the decade’s other great late night album, Sinatra’s In The Wee Small Hours, it explores a lot of the same sonic colors. And instrumentally, it might actually exceed it; while Sinatra was a master of arrangement, Cole was an actual musician, and it shows in how he lets his bandmates breathe. The guitars, horns, violin, and rhythm section wander playfully around these songs, while Cole’s piano-playing brings everything together into a perfect cocktail—easy to drink, but sophisticated enough to satisfy the most refined palettes.

John Mayall & Eric Clapton – Blues Breakers: Finding the right entry point into the Eric Clapton discography is a challenge; between The Yardbirds, Cream, Blind Faith, Derek & The Dominos, and his solo career, there are enough choices to make you give up and just go listen to Hendrix. But if I might make a recommendation, make Blues Breakers your Clapton primer. Recorded between 1965 and 1966 as a one-off joint project with blues guitarist/organist John Mayall, it’s become something of a legend in the annals of blues and classic rock. Clapton had just left The Yardbirds (to be replaced by a couple of other decent guitarists, Jimmy Page and Jeff Beck), and was looking for a band that would value traditional blues sounds over pop-oriented, commercial success. He found it with Mayall, and in the fifteen brief months he toured and recorded with the Blues Breakers, Clapton first earned his reputation as perhaps the greatest guitar player alive. (His solos on “Hideaway” absolutely shred). Clapton and Mayall may have been a short-lived marriage, but for music fans, it was worth every minute.

Queen – A Night At The Opera: If you didn’t grow up with them, Queen can be an acquired taste. And while the “Bohemian Rhapsody” scene in Wayne’s World is one of the truly great music moments in movie history, can that kind of operatic rock sustained over an entire album but too much of a good thing? Trust me, just give it a chance. A Night At The Opera picks up where The Beatles left off, taking rock music to its grandiose extreme and blending the genres of pop, prog rock, metal, country, and vaudeville into a symphony of absurdity that still surprises. With plenty of tongue-in-cheek humor, it’s easy to overlook some of the serious topics the album explores (like “Bohemian Rhapsody” itself, which is reportedly Freddie Mercury’s musical coming out of the closet). Not to diminish the lyrical content, but the draw here is really the instrumental composition, which challenges all limits of what rock music can achieve. You’ve heard more than enough of “Bohemian Rhapsody”, so I’ll include the opening track, “Death On Two Legs,” which tells you exactly what to expect of the rest of the album.

Bill Evans Trio – Portrait In Jazz: We’ve already discussed the milestone that was Miles Davis’s Kind Of Blue on this site. Well, the piano player on that landmark record was Bill Evans. And later that year, Evans recorded a pretty stunning record of his own, Portrait In Jazz. This is the kind of jazz you expect to hear in a smokey lounge or a hotel bar—just piano, stand-up bass, and drums. But that description doesn’t do it justice, because Portrait In Jazz is doing everything at a higher level: the piano is more intricate, the bass becomes a lead instrument, and the rhythmic detours into swing and bop make this music anything but sleepy. Kind Of Blue may be the first album any aspiring jazz novice should buy—but Portrait In Jazz just might be the second. 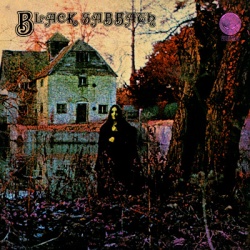 Black Sabbath – Black Sabbath: Sunday night, I saw Black Sabbath live on what will likely be their final tour. And if you know anything of the band’s place in history, what’s most impressive about hearing them now, almost fifty years later, is just far ahead of their time they were. Listen to the opening bars of their first album track, the self-named “Black Sabbath.” Listen to how heavy, how fucking evil, it sounds. And this was recorded in … 1969! The band named themselves after a horror movie, and wanted that aesthetic to bleed into their sound—and you can hear it. The rest of the album, released in early 1970, is a more fast-paced affair, taking the kind of hard blues that Led Zeppelin was crafting and adding in all of those darker elements of English paganism, goth, and the occult to create the blueprint of what we now call heavy metal. The arrangements are exceedingly complex, with some tracks acting as suites of three or four connected songs. The tone is ominous, but the guitar work of Tony Iommi also has striking beauty at times. When you hear it in the context of its own time, Black Sabbath is a remarkable rejection of the flower power and psychedelia that preceded it, taking rock into the darker corners of our psyche and allowing it to explore emotions that popular music, with its focus on fun, had previously ignored. As the genre splintered into metal and punk and glam and soft rock, and all these sounds cross-pollinated, those next few years marked the point in time when our music left behind its adolescence and ventured into artistic adulthood. Of course, these four demented British kids in black leather couldn’t have known any of this in the late 60s, and probably wouldn’t have cared. But how metal is that?

4 thoughts on “The Projects: The Vintage Collector, Vol. 2”