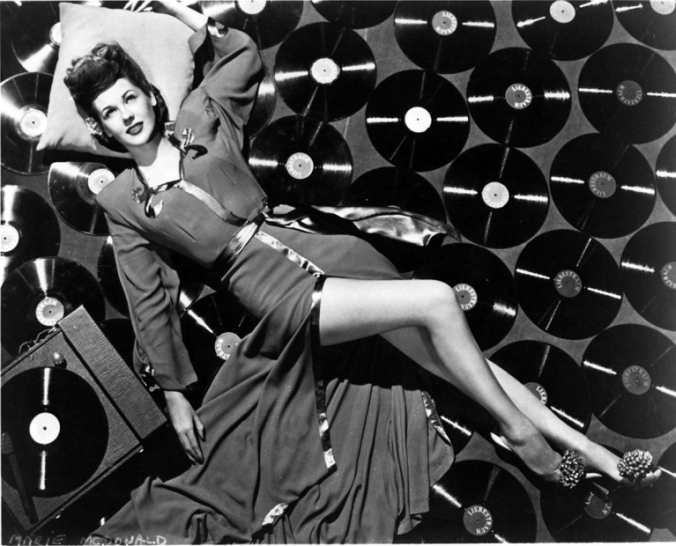 By Spencer Davis. Time to pick back up where we left off with The Vintage Collector, our continuing series on the overlooked throwback records you need to add to your vinyl (or digital) collection. This edition highlights a team-up of jazz titans, plus some innovative punk pioneers, a progressive French provocateur, a delta blues legend, and a classic rock name you might not know—but ought to sound plenty familiar.

As always, each of these albums is readily available on vinyl, but you can also find them in digital or streaming formats if you prefer. But as we keep beating into your head, if it was originally recorded in the vinyl era, it really does sound better on vinyl. 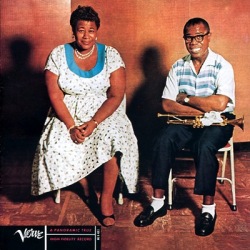 Ella Fitzgerald & Louis Armstrong – Ella & Louis and Ella & Louis Again: When it comes to the all-time jazz greats, there’s no one bigger than Ella Fitzgerald and Louis Armstrong. For decades, they had been absolute icons of their craft, so when they teamed up to record 1956’s Ella & Louis and 1957’s Ella & Louis Again, it was a truly historic moment—on par with what a Michael Jackson/Madonna collaboration would’ve meant circa 1990. Yet when you hear Ella and Louis together, what stands out most is how naturally they fit with one another. They trade verses on a slew of standard songbook ballads like “Cheek To Cheek,” “The Nearness Of You,” “Gee, Baby, Ain’t I Good To You,” and of course, the most perfect duet of all, “Let’s Call The Whole Thing Off” (borrowed from the 1937 Fred Astaire/Ginger Rogers movie, Shall We Dance, but never performed more memorably than by Ella and Louis). The high, smooth butteriness of her voice is the perfect compliment to his gravel-throated baritone. And in the instrumental breaks, Armstrong’s trumpet is a formidable voice all its own. Backed by a few other notable jazz greats—Oscar Peterson on piano, Herb Ellis on guitar, and Buddy Rich on drums, it’s maybe the biggest conglomeration of classic stars ever put onto record. It’s almost enough to make the three prior decades they spent recording solo material seem like a wasted opportunity. Almost. 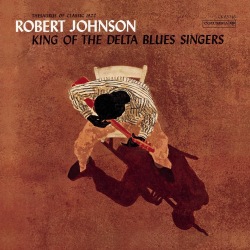 Robert Johnson – King Of The Delta Blues Singers: The legends behind Robert Johnson might be even more fun than the music itself. It’s said that he sold his soul to the devil at a rural Mississippi crossroads to become the greatest guitar player alive; that myth might’ve been sparked by the short time between when he left his hometown a dismal amateur and came back a master, or from his habit of practicing late at night in graveyards, or simply from his mother’s disapproval when he rejected gospel for secular music (or “the devil’s music” as she called it). Whatever the origin, the stories behind Robert Johnson no doubt fueled his rediscovery in the early 60s, and though practically unknown in his time, he would become a profound influence on virtually every guitar god of the rock-and-roll era. Recorded in 1938 in Room 414 of the historic Gunter Hotel in my hometown of San Antonio, King Of The Delta Blues Singers collects his only known recordings. He reportedly faced a corner while playing in order to boost his sound, but he didn’t need to; his playing style was so full and complex that when Keith Richards was introduced to these recordings, his first question was, “who’s the other guy playing with him?” Johnson’s legend was no doubt amplified by his untimely death; he was one of the earliest members of the “27 Club”—likely a victim of murder by poison—only stoking the stories that he traded his soul for short-lived greatness. Knowing all that, maybe you’ll hear a little black magic in his music? Whatever you want to call it, there’s definitely some kind of magic at play here. 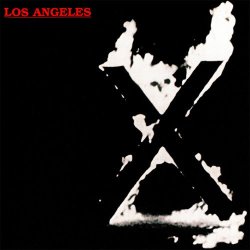 X – Los Angeles: There was no better place to cut your teeth on the early punk scene than Los Angeles. From Black Flag to the Circle Jerks to Alice Bag, Fear, and Germs, the city was a breeding ground for teenage punk in the late 70s and early 80s not unlike what Seattle did for grunge a decade later. So it’s only fitting that X named their groundbreaking debut after their hometown, memorializing not only their own contribution to rock history but also the contributions of an army of peers. But while I’m sure their younger selves would find what I’m about to say insulting, X stands out from their more abrasive contemporaries with a safer, more accessible sound—making Los Angeles an excellent entry point for anxious punk novices. The dual vocals from John Doe and Exene Cervenka almost recall the duets of Johnny Cash and June Carter, and despite the grinding guitars, you’ll hear small doses of rockabilly on this record (see the first bars of “Johnny Hit And Run Paulene”). Of course this is still punk music, and in their punchier moments (like the title track or the slow-burning “Nausea”) you can hear the seeds for everything from Nirvana to Green Day to, ahem, The Offspring. (That’s the thing with punk, isn’t it? It can be used for good or for evil).

The Spencer Davis Group – Gimme Some Lovin’: Okay, yes, I’m biased. But for those whose only familiarity with Spencer Davis is reading this website, perhaps another name will help: Steve Winwood. Better known to younger listeners for his solo 80s output like “Higher Love,” the singer and multi-instrumentalist has a fascinating career bio that includes stints with Traffic and Blind Faith. But he got his start at age 15 with The Spencer Davis Group. Between 1965 and 1967, the Birmingham outfit was a reliable hitmaker in the UK, but failed to chart much attention in the US until 1966’s hit single, “Gimme Some Lovin'”—easily the band’s most recognizable song today. So if Steve Winwood is the star, why is the band named after the guitarist? “Spencer was the only one who enjoyed doing interviews,” said bassist Muff Winwood, “so I pointed out that if we called it The Spencer Davis Group, the rest of us could stay in bed and let him do them.” While it’s fascinating to know that I myself might have a completely different name if not for two brothers’ desire to sleep in, this logic turned out to be an unexpected boon to Spencer Davis when Steve Winwood left the band in 1967 to join Traffic. While TSDG carried on through a few more lineups, there’s no doubt that the Winwood period was their most influential, writing songs that would later become hits for Chicago (“I’m A Man”), The Allman Brothers Band (“Don’t Want You No More”),
and Three Dog Night (“Can’t Get Enough Of It”). For a fuller tour of the band’s Motown-inflected, blues rock sound, you can check out The Best Of The Spencer Davis Group on digital, but it’s unavailable on vinyl—so if you want to hear them in their original format, find Gimme Some Lovin’, the US album that packaged their biggest American hit with other early recordings to introduce them to a wider audience in the States. 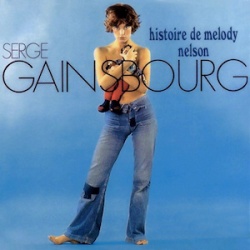 Serge Gainsbourg – Histoire de Melody Nelson: It’s hard to even classify the work of French songwriter Serge Gainsbourg. Is it rock, jazz, funk, pop, mambo, fusion, disco, new wave, electronic, trip hop? The best answer is probably just “yes.” Defying convention at every turn, he’s known for lyrical provocation, frequently flirting with sexual innuendo in a way that shocked the censors of the 60s and 70s. And nowhere do all of these elements come together better than on his 1971 magnum opus, Histoire de Melody Nelson, a concept album about a Lolita-like romance that loops spoken word poetry into a tight, 28-minute joyride through every genre of music known to man. Given that description, you might expect a total mess, but what’s shocking is how coherent an album he creates through this fusion; structured almost like an opera with movements and refrains, it is a fully-realized, singular piece of music that transcends the notion of songs. Which is to say, it’s art. The list of modern artists who cite Gainsbourg as a prominent influence reads like a “who’s who” of experimentalism: Beck, Arcade Fire, Portishead, R.E.M., Okkervil River, Beirut, Pulp, Nick Cave, Massive Attack, Stereolab, Air, De La Soul, Grizzly Bear, Flight Of The Conchords, Sean Lennon, and of course, his own daughter, Charlotte Gainsbourg—who has enjoyed a flourishing career in indie rock and film herself. Both in music and in topic, Histoire de Melody Nelson isn’t for everyone. But for the bold who crave something entirely unique, it’s mystifying that a record from nearly 50 years ago can sound so novel.

4 thoughts on “The Projects: The Vintage Collector, Vol. 5”