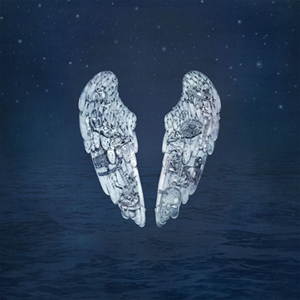 By Spencer. Neither band was supposed to get this big. When Coldplay started out, they were Radiohead Lite, with maybe a dash of U2’s soaring theatrics. When the Black Keys started out, they were just another in a long line of garage bands; even their name suggested a White Stripes ripoff. Since then, they’ve each taken their turn as the biggest band on the planet, and (some would say) they’ve both lost their edge.

Now they’re both back with new albums: Coldplay’s Ghost Stories and the Black Keys’ Turn Blue. Do the titles suggest a certain defensiveness – an acknowledgment of sorts that their reputations are in decay? Or are they flipping a sarcastic middle finger at the critics who may have prematurely written them off?

After Mylo Xyloto’s abysmal detour into bubblegum pop, Ghost Stories at least finds Coldplay doing what they do best – acting like heartsick British mopey-asses. The media is pointing to Chris Martin’s “conscious uncoupling” from Gwyneth Paltrow as the inspiration for this, and there’s plenty of lyrical evidence to back it up. “Magic” for example finds Martin cooing: “I just got broken / Broken in two / Still I call it magic / When I’m next to you.” He’s clearly obsessed with this image of being in love even as he’s being ripped in two, because a few songs later, on “A Sky Full Of Stars,” he’s singing again, “Go on and tear me apart / I don’t care if you do / ‘Cause in a sky, in a sky full of stars / I think I saw you.”

Despite all that, the songs are damn pretty. Credit the always gorgeous guitar work of Jonny Buckland, whose strings shimmer and swirl over the top of classic Coldplay-esque tracks like “Always On My Mind” and “True Love” and “Another’s Arms” – all of which could be mistaken for outtakes from X&Y or A Rush Of Blood From The Head if not for the digital blips and synths that Coldplay’s production now clearly favors. Indeed, there’s a sense that the band hasn’t quite left Mylo Xyloto behind. That’s nowhere more obvious than on “Ink” – a trite little pop jingle about how love leaves a permanent mark like a tattoo (no, really) – or the pulsing club anthem, “A Sky Full Of Stars,” featuring production by Swedish DJ Avicii. The latter sounds like the bastard love child of U2’s “Pride (In The Name Of Love)” and Madonna’s “Like A Prayer,” which means you’ll either love to hate it, or hate to love it.

Coldplay – “A Sky Full Of Stars”

And in the middle of all this is “Midnight” – a track that actually gives you hope for Coldplay’s future. People forget, but for all of their overwhelming emotiveness, Coldplay used to be one of our most sonically-inventive bands. Go back and check out A Rush Of Blood To The Head if you’ve forgotten. Even Viva La Vida still felt like a band trying new things, before things started to go off track. “Midnight,” with production by Jon Hopkins and vocals that sound like some futuristic android clone of Bon Iver, is warm and trippy and like nothing you’ve ever heard from Coldplay before. This is a band that’s still capable of so much – if they can just consciously uncouple themselves from the drive to be superstars, and find their pride instead in creating beauty.

As for the Black Keys, “beauty” was never a word to describe them. If anything, their best music has a filthy edge, like on their 2008 breakout single, “I Got Mine,” or their best album, 2010’s “Brothers.” Unlike Coldplay, who from the very beginning embraced lush production and expansive instrumentation, the Black Keys didn’t even bother with anything other than a guitar and a drum kit until a couple of albums ago.

But 2011’s El Camino showed some early signs of a change in direction. The edge was still there, for sure, but there was also something so much more commercial and accessible about that music. The shift seemed to have producer Danger Mouse’s fingerprints all over it. And while his earlier work with Gorillaz and Gnarls Barkley and Beck brought out the best in those acts, his more recent efforts with Broken Bells and Norah Jones have been bland and forgettable.

Sadly, Turn Blue follows this trend. You wouldn’t think so at first listen, because the opener, “Weight Of Love,” is a revelation. Starting slow, then building into a jam worthy of vintage Pink Floyd, the song rocks without being a rocker. But many of the songs stay in this same mid-tempo vein, becoming increasingly dull and repetitive as the album goes on.

The real shame of it is that, beneath the vanilla production, there are probably some great songs here. But the whole album relies more on organs and snyths than on guitars and drums – a curious decision for a band that only has a guitarist and a drummer. Take the title track, “Turn Blue.” It has a slick, funky guitar riff as its skeleton. But rather than just let the band fill out the song organically with a real drum shuffle or a driving bass grove, Danger Mouse layers on a tiresome synthetic phaser swell and strips everything else down. It starts well and wears thin quickly.

Credit the Black Keys for this much at least: they’re clearly not a band interested in standing still. But the further they get from their core sound, the less memorable their music seems to get. El Camino was a sugar rush that seemed infectious at first but wore off after a few listens. Turn Blue might have you reaching for the caffeine before you even get to the end.

2 thoughts on “The Critic: Coldplay’s Ghost Stories and The Black Keys’ Turn Blue”