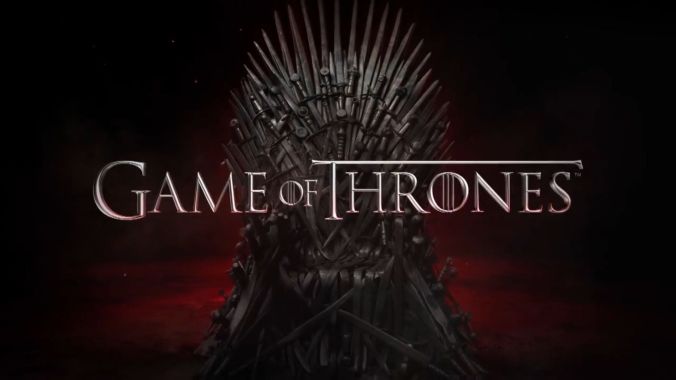 By Spencer. If you’re interested in film history and like the idea of a college-level survey course on the topic – without any of the homework or exams – let me suggest Mark Cousins’s 15-part documentary series, The Story Of Film: An Odyssey (also available for streaming on Netflix, I believe).

Starting with the earliest silent pictures of the Lumiere brothers and Georges Melies and moving all the way through the digital film era of today, The Story Of Film: An Odyssey does a remarkable job pointing out all the little innovations over the years that, to the more casual moviegoer, are hiding in plain sight. I learned the very basics of composition – how cuts were first used to let the viewer know that two scenes in different places are connected by story; how close-ups and deep focus shots change our sense of scope; how directors actually had to learn over time such seemingly obvious concepts as orienting their shots so that two people speaking to each other in close-up are, you know, facing each other – and I earned my first introduction to such historically-groundbreaking (and often forgotten) films as Battleship Potemkin, Sunrise, The Bicycle Thieves, The Third Man, and Breathless. I learned about the technical innovations that gave rise to Citizen Kane’s tremendous reputation, the shift from fantasy to gritty realism that took place in the 70s with films like The French Connection or Chinatown or The Last Picture Show, and the criminally uncelebrated contributions of the film industries of China, Russia, India, Japan, South America, Poland, and Africa. And for the first time, I started to get my head wrapped what filmmaking represents as a single historical project: a universal language evolving piecemeal through the collective influence of generations of innovators, speaking to each other from every corner of the globe.

Which brings me to Game Of Thrones.  Film critics and historians often treat movies and television as distinct topics, but I think we can all agree that in today’s golden age of television, production values have long since erased any meaningful line of demarcation between the two. They’re both moving pictures, using the same techniques of shot composition and editing and dialogue to tell a story. The only real difference is length. And with that difference comes a whole new set of possibilities for what filmmaking can accomplish; quite simply, television isn’t constrained by the limits of timeframe.

Game Of Thrones is, needless to say, a critical and fan success. Many would argue that it’s the best show on television. But I think even those praises sell it short. Because when you stop and think about it in the context of film history, Game Of Thrones may just be the most advanced piece of filmmaking ever constructed.

Now before you accuse me of being some overzealous fanboy, let me assure you, I say all this as a neutral critic. I have not read any of the books. I do not browse GOT wikis in my spare time or obsess over the excruciating minutiae of the hundreds-deep list of characters. I do not lay awake at night worrying that George R.R. Martin may kick the bucket before he finishes writing this thing. I enjoy the show, and then I move on to other things.

But I will submit that no serious film historian can deny my argument. This is a single story of some 40 hours and counting, with dozens of interweaving plotlines and a cast of characters that puts to shame even the grandest of old Hollywood epics. It engages its subject matter with the deepest of sophistication, leaping between vast geopolitical clashes and intimate one-on-one moments with ease. It displays both lavishness and incredible subtlety.

And unlike most television, they’re not just making it all up as they go along. Shows like Mad Men or The Wire or Breaking Bad still play as a series of disparate episodes, because the writers –while perhaps having some loose sense of where they ultimately want to take things – don’t have an established beginning, middle, and end to work with. That means they inevitably have to fill in time and engage in superfluous story threads in order to fit their creation into the standard structure of a season.

Game Of Thrones, on the other hand, is (to this point at least) all charted out in advance. Yes, it is divided into episodes, but that’s merely a mechanism of release; you could cut out the intro and the end credits from each episode and string the whole thing together, back to back to back, and it would play exactly the same. It is a single 40-hour long movie, and that — combined with the pitch perfect acting, cinematography, and overwhelming complexity of the enterprise – makes it the most ambitious thing anyone has ever attempted on film.

Let me be clear – I’m not saying Game Of Thrones is the best film ever made. That honor would go to The Godfather or Casablanca or Citizen Kane, depending on which day you catch me. But in terms of innovation, in terms of moving the craft forward, Game Of Thrones stands on the shoulders of those movies to represent a new high water mark in what filmmaking can accomplish. It is a historic achievement. And the camera is still running.

So when I watch each Sunday, I see something more than just a great TV show. I see the endpoint of an evolution that began with silent shorts and continued on through Charlie Chaplin and Alfred Hitchcock and Orson Welles and Martin Scorsese and Steven Spielberg and now finds its artistic home not just on the silver screen, but on the LED flat screen as well.

2 thoughts on “The Theorist: Is Game Of Thrones Rewriting Film History?”