By The S&N Staff. There may be some generational bias at play here, but the 90s just might’ve been the peak of the album experience. In that gap in time between the MTV and radio dominance of the 80s and the Napster and iTunes takeover of the 2000s came a wave of rock and hip-hop artists who saw music as more than just a collection of singles. Whether fueled by nostalgia for the classic rock era of the concept LP, or a reflexive cynicism of “selling out,” these artists had ambitions toward a higher level of creativity.

The music of the 90s was a turning point; after a decade of pop excess, rock turned back to its 60s and 70s roots with a more serious, more earnest approach to songwriting. Meanwhile, hip-hop was coming out of its infancy and becoming a genre that could stand alongside rock music as a cultural force. There were other trends too—the return of the jam band, the birth of modern electronic music, the Latin explosion and the swing revival, the explosion of women’s music that began with Alanis and culminated in Lilith Fair. This diversity of musical options, and the cross-pollination of genres that followed, gave rise to some of the most exciting music of our generation.

A group of six of our S&N music contributors have each voted on their picks for the most essential albums of the 90s. Each of us came at the project with our own set of criteria. Some preferred to think of it as the albums with the greatest historical importance. Others looked at the influence on the artists of today. Some focused on which albums were representative of the times in which they were made. And some framed the question as which albums have stood the test of time and are still essential listening here in 2015. Whatever the personal criteria our contributors brought to the table, we scored the ballots from top to bottom and, over the next few weeks, will be unveiling our list of the essential 90s albums.

And because we’re suckers for argument, don’t worry—we’ll also be unveiling each of our individual ballots at the end of this whole process. So you can see who got left out, who got way too much credit, and who among us still holds Stone Temple Pilots, Snoop Doggy Dogg, or Moby in the highest regard. But let’s not get ahead of ourselves. Today, we look at #25-21 on our list: 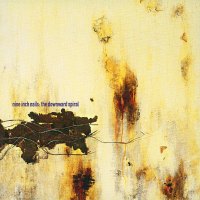 25. Nine Inch Nails, The Downward Spiral (1994): In the midst of a generation obsessed with grunge, when Soundgarden’s Superunknown was number 1 on the Billboard 200, NIN released an industrial rock masterpiece that had us blaspheming and fucking like animals. Was God dead? No one cared. Was “Closer” really about self-hatred? No matter. It was pure teenage lust so dark and raw that it scared the parents who made us. “Black Hole Sun” never had a chance.

Beyond its singles, The Downward Spiral deserves its success because it is a concept album that expresses the themes of devolution and self-destruction to near perfection. The album’s use of instrumentation and sound is so thematically focused that it envelopes the listener into the protagonist’s vortex. From the introductory prisoner beating of “Mr. Self Destruct,” the listener crawls downward across “Piggy,” the head-crushing percussion of “Heresy” and “March Of The Pigs,” the deeper loathing of “Closer,” and the pulsating industrial sound, screaming background, and (acoustic) guitar of “The Becoming,” all to end with the literal self-destruction of suicide and regret in “Hurt,” the album’s best track.

As if Trent Reznor already knew the power of the work he was unleashing, The Downward Spiral ends with nearly two minutes of feedback and white noise. It is, of course, for contemplation. And appreciation. —Jason 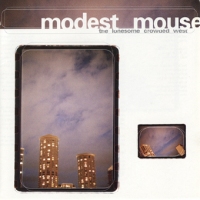 24. Modest Mouse, The Lonesome Crowded West (1997): In their golden age (1996-2004), Modest Mouse had a distinctive sound. I had a roommate who claimed to hate Modest Mouse; he would walk in the door, hear three notes out of the stereo, turn to me, and demand accusatively: “Is this Modest Mouse? Turn it off.” I later changed his mind about them.

I’ve learned that Modest Mouse is an acquired taste for many. You have to hear it at the right moment. It has to catch you when you’re off-kilter. The Lonesome Crowded West is a raw, ragged, and angular masterpiece. It’s the sound of a band barely able to bottle their creative chaos. The songs are unpredictable, lurching from furious to delicate and beautiful. The lyrics are absurd without being meaningless. While I still don’t know what “Here’s the man with teeth like god’s shoeshine” means, I know exactly how the 7-minute song feels. In this way, Modest Mouse are like The Pixies without the punk-brevity. The album stretches out like roads of the West Coast. You pass through cities here and there (“Doin’ The Cockroach”) but mostly you’re on a long drive from nowhere to somewhere else (“Heart Cooks Brain”), meeting the people who’ve taken refuge in the dusty truck-stop towns (“Cowboy Dan”). Eventually, you give in and let it all overtake you (album closer, “Styrofoam Boots/It’s All Nice On Ice, Alright”). I keep a copy of Lonesome Crowded West in my car in case I ever decide to just keep driving. —Antony 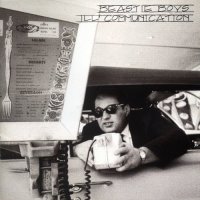 23. Beastie Boys, Ill Communication (1994): In the 80s, the Beastie Boys were mostly concerned with girls, booze, and fighting for your right (to party). Ten years later, these man-children were fighting for Tibet’s right to be an autonomous nation free from oppressive Chinese control. Suffice it say, some growing up had happened in the interim. Sort of.

Ill Communication was the culmination of the musical maturation that had started with Check Your Head. But maturity is relative—after all, this is still an album that featured the line, “Shit, if this is gonna be that kind of party, I’m gonna stick my dick in the mashed potatoes!” The album may be best known for the punk screamer, “Sabotage”, but that’s just one small part of the jumble. Influenced by Miles Davis’s forays into acid and fusion in the 70s, the Beastie Boys mixed in sounds from jazz, funk, thrash, dance, trip-hop, and even a little jazz flute for the Ron Burgundy fans out there. Foreshadowing The Roots, the Beastie Boys’ decision to put real instruments into their records was a key step in the maturation of hip-hop as a whole, during a time when most others were just lazily sampling their tracks. 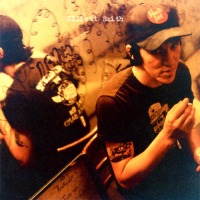 22. Elliott Smith, Either/Or (1997): Seeker, what are you seeking? According to Kierkegaard—the philosopher who authored the two-volume book of essays, Either/Or—apart from faith, humans are seeking either hedonism (pleasure) or virtue (ethics, morality, fidelity). Elliott Smith, who studied philosophy in college, was greatly influenced by Kierkegaard for his third and best album, named for the same book. Either/Or depicts all of Elliott’s hedonistic vices through the eyes of different characters, with an omnipresent narration of how fucked up each vice is but an inability to change any of them.

This album was my intro into Elliott Smith and it was love at first listen. For most of the 90s I was listening to either punk or hip-hop, with The Cure and The Smiths sprinkled in when I wanted to be sensitive. In 1997, my heart was broken something serious and a friend passed along Either/Or. This album was punk rock wrapped up in intimacy and sentiment. The production and playing brought Elliott right into my bedroom and spoke to my broken heart and damaged brain cells. Misery loves company and Elliott was my company for many a drunken or drugged alone night.

Listening to it sober and married, the album continues to hold up. Where I once focused on the lyrics and intimacy, now the guitar-playing and song-building really shine. It also serves as a warning for times when I feel trapped or dissatisfied—

—and that I truly am in the best place I can be. Love is the answer to either/or.

“I’m in love with the world through the eyes of a girl,
Who’s still around the morning after.” —Biff

21. The Notorious B.I.G., Ready To Die (1994): Sometimes we need to step away. Take a break in the hopes that we come back renewed, maybe even with a new perspective. For Christopher Wallace, The Notorious B.I.G., starting out as a hardcore rapper wasn’t easy. At age 21, he signed with Uptown Records. His first recorded material—tracks like “Ready To Die” and “Gimme The Loot”—were extremely dark and those who witnessed his work called him “inexperienced” and “paranoid.” And then Uptown fired the man who signed him, Sean “Puffy” Combs. Biggie had no place else to go; his time away was forced but necessary. By the next year, Biggie was signed to a new label, Bad Boy Records. He was more confident. His smooth signature style had fully taken hold. By the end of the year, Biggie would release Ready To Die.

To listen to Ready To Die is to hear a master storyteller at work. There’s no doubt that Biggie’s appeal comes in large part from the incredible ease with which he raps. His style simply pulls you in. From the moment his album’s character is born to the sounds of “Superfly,” you can’t get enough of his wild tales of sex, drugs, and the thug life.

But all stories need drama and that is what makes Ready To Die truly great. Perhaps it is too much to say that Biggie’s transition from Uptown to Bad Boy gave him the time and space he needed to reach new heights, but there is no doubt that the tension between the bleak, murderous themes of tracks like “Things Done Changed” give added weight to the rags-to-riches celebrations of “Juicy” and “Big Poppa.” What’s more is that Biggie as storyteller doesn’t just show us the highs, he brings exceptional nuance to an art form that too often misses it entirely. He lays bare the fear and stress of the drug dealer’s life and how it affects his family, friends, and mental state, even to the point of depression and suicide. Ready To Die presents a multi-layered lesson in life and achievement. And if you didn’t know, now you know. —Jason